On February 26, 2022, the World Health Organization (WHO) and the United Nations Children’s Fund (UNICEF) released a key report on  the 55-billion-dollar formula industry and its negative impact on breastfeeding decisions. This webinar highlights key findings of the report and provide clinicians with tools to teach families why human milk matters. It is critical that families are presented with scientific evidence about the differences between human milk, donor milk and infant formula. 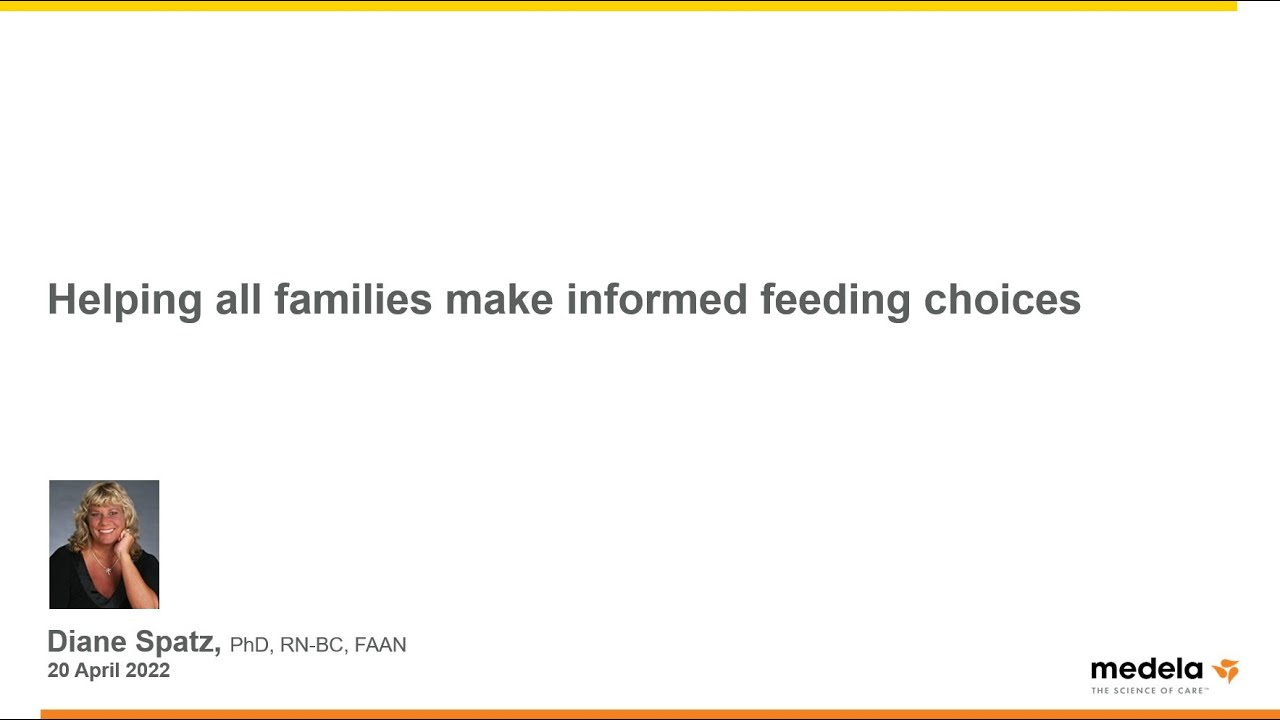 Diane L. Spatz, PhD, RN-BC, FAAN is a Professor of Perinatal Nursing & the Helen M. Shearer Professor of Nutrition at the University of Pennsylvania School of Nursing sharing a joint appointment as a nurse scientist in lactation the Children’s Hospital of Philadelphia (CHOP) in the Center for Pediatric Nursing Research and Evidence Based Practice. Dr. Spatz is the Founder of the CHOP Mothers’ Milk Bank.

In 2004, Dr. Spatz develop her 10-step model for human milk and breastfeeding in vulnerable infants.  This model has been implemented in NICUs throughout the United States and other countries worldwide (Thailand, India, China, Mexico, Japan, Chile). Dr. Spatz has been named a prestigious “Edge Runner” for the American Academy of Nursing related to the outcomes of her model.  Her nurse driven models of care are critical in improving human milk & breastfeeding outcomes and thus the health of women and children globally.  Dr. Spatz is the only PhD prepared nurse appointed to the Congressional Task Force on Research Specific to Pregnant Women and Lactating Women.  Dr. Spatz has also been appointed to a World Health Organization Task Force on human milk and milk banking globally. Dr. Spatz was elected to the Executive Committee of International Society of Research in Human Milk and Lactation in April 2020.

Dr. Spatz is also the recipient of numerous awards including: the Lifetime Achievement Award from the National Association of Neonatal Nurses, the Research Utilization Award from Sigma Theta Tau International and from the University of Pennsylvania: the Dean’s Award for Exemplary Professional Practice, the Expert Alumni Award and the Family and Community Department’s Academic Practice Award   She is also the recipient of the Lindback Award for Distinguished Teaching. Dr. Spatz received the Distinguished Lang Award for her impact on scholarship, policy & practice. In 2019, Dr. Spatz received AWHONN’s Distinguished Researcher Award and was named Nurse of the Year by the Philadelphia Inquirer.